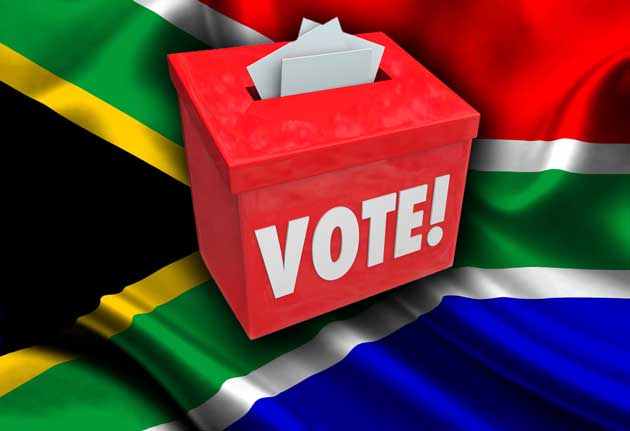 Former president Nelson Mandela once said, “Young people are capable, when aroused, of bringing down the towers of oppression and raising the banners of freedom.” These words have been proven in recent history as more and more young people are stepping into the political landscape, invoking and demanding change. Student politics is a representation of the broader South African political context. With the municipal elections only a day away, Student News Grid has compiled a series of articles looking at the political climate at various universities across South Africa to see what comparisons can be made.

Universities function as a society, a diverse society with different cultures and views. With students having various views and standing for different causes, everyone associates themselves with various political parties and organizations that represent them and their views. While some student issues spread nationwide, every university has its own unique political environment as some issues stay at the respective campuses. The rest of this article considers the political climate at the University of Pretoria (UP).

The political climate at UP
In recent times UP has been affected by various protests which have occurred since the #FeesMustFall movement in late 2015. At the heart of these protests has been the UP 2016 Student Representative Council (SRC). The SRC is a student body, which is democratically elected by the students of UP. The SRC serves as the representatives of the greater student body. The SRC deals with issues from residential placement and academic uplift to student finances. Students who are elected to the SRC can either run independently or with the backing of one of the active political parties at UP. Such parties include DASO UP, SASCO, EFFSC-UP and AfriForum. Students who run with political backing are often more successful than independent candidates as they have the necessary resources such as funding, marketing and a political platform from which they can run their campaign. However, this is not to say that independent students are unsuccessful with regards to running for a particular position on the SRC.

The election period of the 2016 SRC was conducted in August 2015. Elections were marred by small protests contesting the results. This was echoed by a report compiled by the Independent Monitoring Body (IMB) in which it ruled that the elections were not “substantially free and fair” but that the election for SRC president would be conducted anew. These protests were headed up by EFFSC-UP as well as SASCO and AfriForum. Protests resulted in several minor campus disruptions. The presence of EFFSC-UP has livened up the political melting pot at UP. Recently, the university has seen several protests of which the party has been one of the central figures of. EFFSC-UP along with SASCO were the first two parties to question the election results and allege that extra ballots had been added to the results.

Currently the UP SRC consists of 17 full time members, each responsible for a different portfolio. The SRC dynamic is an interesting one as it is made up of students from different political contexts. When the current SRC was elected, DASO UP held more seats than other parties with their current chairman Kwena Moloto initially being elected as President, along with four other members gaining the portfolios of Secretary, Societies, Post-graduate and International students and Facilities, Safety and Security. However, the party was dealt a heavy blow in late 2015 when it was uncovered that Moloto was not eligible for the presidential portfolio as he had not served a term of sufficient time in a position of leadership at UP. The removal of Moloto meant that the portfolios of president and deputy president would have to be re-elected. However, this re-election was disrupted by protests against outsourcing which saw a campus shut down, therefore making elections impossible. Another seminal protest, the #AfrikaansMustFall movement, ensured that the re-election of these two portfolios could not take place.

In May 2016 Perdeby, UP’s official student newspaper, conducted an investigation in which it uncovered that Thabo Shingange, a member of SASCO and the SRC member in charge of the portfolio of Deputy Secretary, had been elected as interim chairperson of the SRC to fulfil the role of the vacant presidential portfolio. The discovery was met with controversy as it seemed that a large part of the student body was unaware of this decision which was allegedly passed unanimously by the SRC in a secret meeting. There were several other issues with regards to SRC conduct uncovered in the investigation. UP’s constitutional tribunal was asked to investigate and found several allegations to be true. They ordered the SRC to issue various public statements as well as a public apology.

However, the SRC has been at the forefront of many student issues and it can be argued that the political parties have also played their roles. For instance, the EFFSC-UP was instrumental in the abolishment of outsourcing at UP. The political parties as well as the SRC also united in the fight against Afrikaans as a medium of instruction at the university which subsequently resulted in UP adopting an English only language policy which will be implemented in 2017.

The #AfrikaansMustFall and #OutsourcingMustFall protests are two clear examples of the involvement of political parties in the dynamics of UP. On the other side of the coin, AfriForum was the only political party that challenged the #AfrikaansMustFall protests which lead to a volatile environment on campus. Subsequent to this outbreak of violence on campus in February was the arrest of 24 students, now popularly known as the #Tuks24. While these issues may seem trivial to some, they are seminal to the development of the university. Political parties are the drivers behind student issues along with the SRC. They ensure that the student voice is heard around UP and while they all have a particular agenda, they are an integral part of student dynamics.

With great power comes great responsibility and the youth have the power.  The youth has the power to shape the future and stand up for change. The upcoming municipal elections are an opportunity for change so choose what you believe is right and the party that will support you.