The University of the Free State’s statue of President Marthinus Steyn was relocated over the weekend. This came after the permit committee of the Free State Provincial Heritage Resources Authority issued a permit to the university to relocate the statue to the war museum in Bloemfontein.

Steyn was the sixth and last president of the independent Orange Free State from 1896 until the end of the South African war in 1902. When the South African war began in 1899 he took troops towards the Cape and later organised Boer guerrilla resistance after the British conquered Bloemfontein.

In 1914 Steyn co-founded the National Party, which went on to implement the policies of Apartheid after coming to power in 1948. The Steyn statue was erected in 1929 and has dominated the space in front of the institution’s main building ever since.

The Student Representative Council (SRC) has welcomed this decision to relocate Steyn, arguing that the statue is a symbol of racism and colonist ideas. SRC president Katleho Lecho said the statue reminded black students of a time where students of colour were excluded from the institution.

“The removal of the statue and symbol represents a victory for all UFS students as it didn’t represent the current disputation, but instead reminded students of our oppressive past,” Lecho told News24. Students had also been calling for the colonial era statue to be removed from campus because of its symbolism. Students voiced their concern on the message the statue was sending and its influence on the racial division within the campus.

Steyn had been at the centre of public scrutiny since 2003 and there had been renewed calls for the statue’s removal during the 2018 FeesMustFall protests.

Vice chancellor, Prof Petersen complimented the task team in putting together a successful task plan, saying “I would like to acknowledge them for the remarkable way in which they facilitated the entire process up until now.”

From the archive: WHY #STEYNMUSTFALL AT UFS (published August 6, 2018) 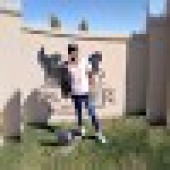